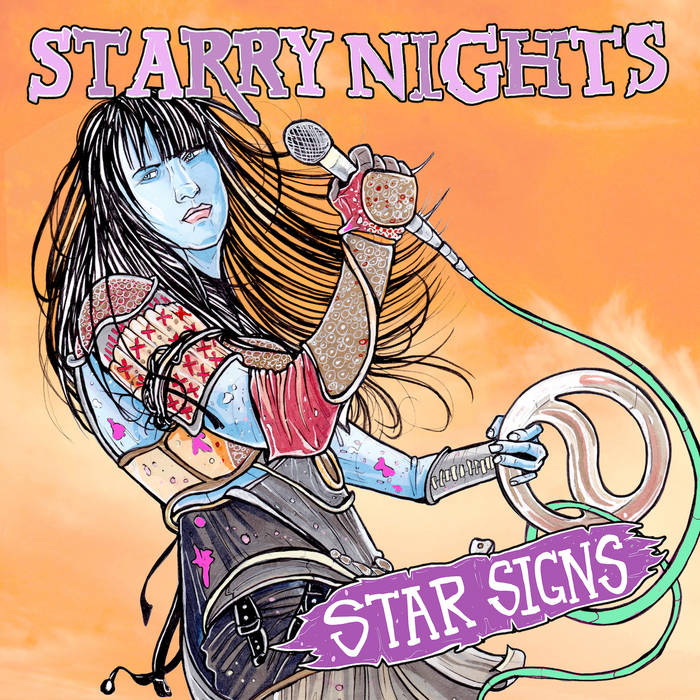 Starry Nights is the brainchild of Kate Kane, guitarist of Lipstick Homicide. Originally conceived as an acoustic outlet for songs Kate wrote that didn’t quite seem to fit the Lipstick mold, Starry Nights has blossomed into a full band rounded out by members of Rational Anthem, The Ills, and Hott. Their first full length, Star Signs, is an in-your-face pop punk tour de force of a concept album. Each song examines a different sign of the zodiac, often through the irreverent lens of celebrity. Methodically recorded in a barn situated in the Iowa countryside by the masterful ear of Luke Tweedy, the album blazes through twelve tracks in twenty-three minutes and leaves you wishing the zodiac had a few more signs. The lead single, Libra, features a guest appearance from Joe Jack Talcum of The Dead Milkmen and has enjoyed dozens of plays on bandcamp.