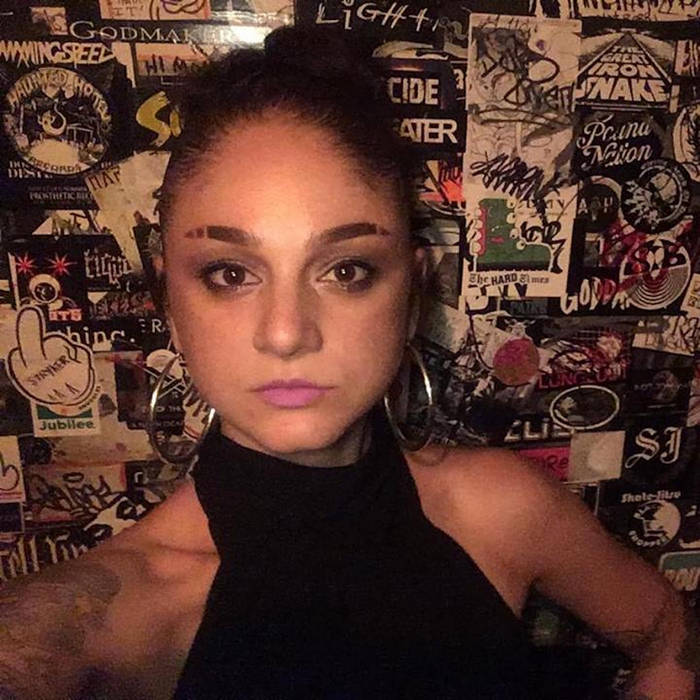 All profits from this track will be donated to the PLANNED PARENTHOOD. From their site:

"For the past century, Planned Parenthood has transformed women's health and empowered millions of people worldwide to make informed health decisions, forever changing the way they live, love, learn and work."


You can read more about Planned Parenthood and the work they do here: www.plannedparenthood.org

Alt R&B vocalist Corina Corina was born in Oakland, CA and is the eldest child of political activists. Named after a classic Blues song, it seems her career path in music was set early on. Now with roots in New York City and the San Francisco Bay Area, Corina Corina brings a fresh and seamless synergy between 90s-style r&b, dark pop, lyrically driven hip hop and the blues and soul music she grew up on.

First gaining recognition as a solo artist within the New York City independent hip-hop music scene, she’s had the honor of sharing stages with heavyweights Talib Kweli, Action Bronson and Masta Ace and musically collaborating with some of her favorite mcs: Homeboy Sandman, Elucid and billy woods.

Both of her self-released solo albums, “The Eargasm” (2012), and “The Free Way” (2014) were co-produced with internationally acclaimed producer Willie Green, and touch on everything from gender inequality to self-love and resisting social norms.

Corina Corina has expanded her message of empowerment and authenticity through writing for popular lifestyle blogs such as like Elephant Journal, G.O.A.T. Hip-Hop, Stop the Breaks and Recovery Warriors. In addition to her solo projects, she also performs in acoustic blues/folk duo Max Caddy with her partner, Jesse O’Neill.

Known by many as one of the hardest working women in the indie music scene, she’s spent years touring extensively through the USA and has performed in multiple showcases at South by Southwest in Austin and North by Northwest in Toronto.

In early 2017, Corina Corina released a mixtape tribute to Run the Jewels entitled “Run the Blues” and has just completed her third full length LP, “Hangover Music.” The album written and produced entirely by herself and Willie Green and is a reflective and hard honest look at her relationship with alcohol and her version of adulthood. Through a range of styles and moods, she has created her strongest work yet.

CORINA:
Why I chose Planned Parenthood - Advocacy for women’s health and reproductive rights cannot be taken away from us!

I wrote this song right after the women’s march so reproductive rights and misogyny were heavy on my mind. Drawing from a combination of personal experience and connection to other women as a whole, I wanted to speak on a few of the broad themes that fall under the umbrella of patriarchy and the oppressive nature of a misguided masculine need for power. I’ve grown tired of American patriarchal norms putting women in dangerous, disempowering and uncomfortable situations. I touched on the street harassment that is an everyday part of women’s lives in our culture and follow it up with the difficult personal choice of whether or not to have an abortion. I end the song on a personal note, discussing rape and domestic violence. None of these topics are unique to my experience. These are all heavy themes that are too widely accepted and not discussed enough. Condensing all of it into one song was quite the challenge and brought up a lot of scary feelings but letting it out has been cathartic to me as a songwriter and I hope it is for the listener as well!

Call me a bitch when I don’t react
I’m just walking by so get off my back
I don’t owe you a smile, wave or eye contact
Keep it moving, there’s no need to react

You pray everyday or so you say
I talk to God too so get out my way
Divine communication for when times get tough
We'll take it from here, thank you very much

there’s no place you won’t invade
You just take